The Great “Break Up” Of 2021: Employers And Employees 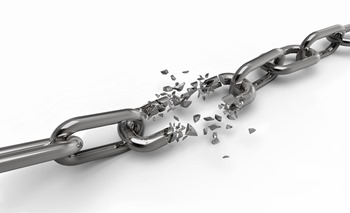 As we ended 2020, I was getting a much higher than normal amount of inquiries from people asking about what the expected job/hiring market was going to be like in 2021. At that time, I didn’t know. No one really had a good answer. We had not yet had a transfer of power in Washington and the vaccine rollout was uncertain.

As January started and through the month the inquiries increased substantially. These were people in Tech, Marketing, HR, Sales and Manufacturing and all levels of experience.

It had me thinking that this was not a blip on the screen but a significant trend.

I started asking my Recruiter friends (corporate, search and consulting) who were tapped into their part of the community if they were hearing the same things.

I started “warning” clients that they needed to reach out to their key staff and make sure they were OK. OK professionally and personally. That work from home and remote work is great but for many it has made the tie to an employer, manager and team be not as tight as it would be.

I was saying it this way with a dating story…

When the Covid 19 shutdown began if you were dating someone, even if they were not your forever person but it was good enough, you were going to stay with them for now. You knew what you had and could stay in the relationship.

As we moved into summer and could get out a bit more, we were doing it together.

As fall started and shutdowns began again most stayed with who they were dating. Let’s not make any big changes was the logic.

As winter started with more restrictions, the same.

Add in that people rarely beak up during the holidays and not before New Year’s Eve.

Further into winter and the shutdowns and of course Valentine’s Day, most stayed together.

As snow and ice started to melt in February and March and spring began… people started to assess where they are with things, their situation. For some, they broke up and moved on. Sometimes with someone new. If not then, they will soon. Happens every year.

And I said, so will it be with employees and their employers.

Some (many) people have stayed with their employer the past 14ish months. It was OK, good, maybe great. But not a forever or permanent place for them to be.

If you think about it… in any normal year, there is attrition. People come and go.

Last year, that was very limited.

So, you have the normal attrition and those who are looking for someone/something new happening at the same time.

That could be a lot of people. Like, A LOT.

Now add the employer side of this.

While some companies did layoffs because of the initial shock (lack of business) or later in the year because of ongoing revenue issues, most companies did not do their usual restructuring resulting in minor numbers of layoffs throughout the year.

So too are the ones where a company has realized that for whatever reason their marketing team of ten can be seven and three are going to be let go.

So far, I have covered the “usual” breakups.

Add in that some (many) companies will now be hiring for the first time in what feels (actually is) a really longgggg time. Many of those companies will be very aggressive in their growth.

That has the potential to be a mind-numbing number of people who are going to change jobs, for whatever reason, this year.

All of that was going on in my mind as I was advising companies on what to plan for this year.

A couple of weeks ago I had a VP of People Operations point me to this LinkedIn survey, Shelter in job? For 74% of the U.S., that cautious path feels right in 2021, I had not seen. While she appreciated my dating story, she introduced me to “Shelter In Job.”: 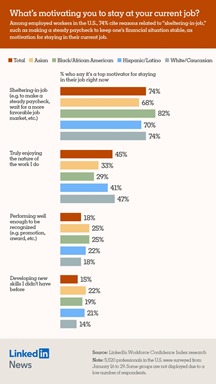 “When current job-holders were asked about their top motivations for staying in their current roles, 74% chose answers that amounted to some variant of “shelter in job.” At the top of the list, collecting a steady paycheck and keeping household finances stable was a key factor for 59%.

Other versions of “shelter in job” include enjoying a company’s perks and benefits (30%), waiting out the pandemic for a more favorable job market (15%), and having no time or energy to focus on a job switch (14%). Respondents were allowed to make more than one choice.”

I am not shocked by those numbers and all things a new employer (suitor) could over come to hire someone away.

My advice continues to be… while recruiting and hiring to your team, be sure you are keeping who is already on your team or else you will find yourself doing double the work.

Breaking up will not be hard to do.

Click Minnesota Headhunter for current blog posts, Work With Me if you are growing your team and Minneapolis Tech Jobs for Minnesota IT searches I am working on.