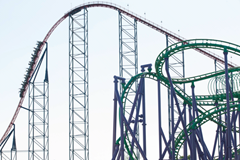 I tend to stay away from making predictions… I don’t have a crystal ball that tells the future. If I did I likely would not be writing this post right now. When I was a kid I did have a Magic 8 Ball. Those were the best. Didn’t like your answer? Try again. Or do 2 of 3 or 4 of 7.

But I do trends.

I am always reading economic surveys, watching CNBC and Bloomberg, reading company quarterly reports, scanning Glassdoor company reviews, looking at Indeed and Google Jobs. Anything that when combined with other bits of data show trends. Sometimes new data jives with what I have been thinking and other times it shows some change.

Late 2017 while prepping for our end of the year MSP On Deck Podcast we each were going to make a prediction. I knew mine right away.

I went with this… that in 2018 the Minnesota jobs scene and particularly the Minnesota tech jobs scene was going to see greater churn. By churn I meant that we would see more companies hiring, more companies laying off and restructuring and for a variety of factors more people taking a look at what might be available to them in a new job, career or employer.

While I can’t point to a particular survey or chart… I am claiming a win on that prediction.

If you ask corporate and search firm recruiters… most experienced a busier year of recruiting. If you ask managers, directors and those who run teams if they had a harder time retaining people… most will say yes.

Remember the gopher from CaddyShack and how he would stick his head up from underground to see what was going on outside? That’s what a lot more people did in 2018. They all didn’t move but more were willing to take a look.

Now to my 2019 Minnesota Jobs prediction… I’m not taking a big leap with this one.

I am predicting even more churn in 2019.

How can, why may there be more than last year?

I do have a few data points to share.

December 7, 2018 I was on WCCO AM Radio (CBS) with Roshini Rajkumar talking about the economy, job search and recruiting:


And then we have the MSP On Deck Podcast #24 from late December. You can forward to 48:56

So there it is… more layoffs/restructuring, more companies hiring and more people looking around.

What does all this mean?

You know how before getting in to an amusement park ride you are directed to fasten your seat belt and keep your hands and feet inside the car at all times?