Conversation With A Software Manager… All My Good People Leave 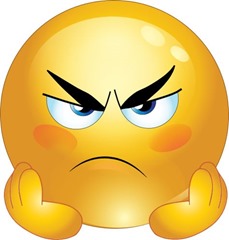 I had what started as an intense conversation with a Software Manager this morning and I am writing this quick so I don’t forget some of the things we spoke about.

Short version is that “Software Manager” is disappointed that the average length of time on their team right now is 3 years 7 months. And I was thinking… that sounds OK to me.

So we dug into a few of the scenarios they have experienced and I gave my thoughts about them. Note… I know a lot of managers who would like these problems.

“Senior Developer” had been with the company for 7 years. They started as a mid level developer and moved quickly into a senior role. They also started doing some speaking at local and regional events doing tech talks and as an unofficial evangelist for the company. They left because their career path was not going to change much and they were motivated to one day get into senior leadership. They did an active job search, a brilliant one at that, and landed a remote job with a huge group in the Bay Area.

“Senior Developer” had been with the company for 3 years and left to become an entrepreneur. “Senior Developer” had been working on something, not competitive to the company, and found a couple of people to work on it with them. The company has a generous PTO policy and there is work/life balance so the work was done on nights and weekends. They had a few beta clients and received a small amount of funding. They gave an 8 week notice. 8 weeks!!! And they sat in on the interview process and had a successful replacement with time to transition over.

There were 4 more we spoke about and all of them, to me, were like the ones above. Bummer, sure but not horrible and it got me thinking…

- The company and CEO rating on Glassdoor is high

- None of the exits were dramatic

I also told “Software Manager” that no one, including the CEO, was going to retire from there and that this is part of the evolution of companies.

A few thoughts I had:

- Use these stories when recruiting and interviewing. They will help get some amazing people.

- Do not stop recruiting. Ever. Sure there are times are when new members are not being added to a team but we should always be talking with people. Always.

- The saying, “People don’t leave companies, they leave managers” is not entirely true. Generally, yes but not always. Sometimes life, circumstances and opportunities come up and people make changes. I told “Software Manager” that these resignations were not on them.

- And… “turnover” like the kind they went through can be a good thing. New ideas, perspectives and energy can help teams grow, evolve and flourish.

What started as a feeling of frustration turned into a realization that the culture “Software Manager”and the company have put together is a good one… they just need to better plan for it.