I sent an email newsletter out this morning and felt a knot in my stomach as I did it. It’s been a long time since I sent one… 3 years. And back then I only sent one. Yeah, my email newsletter game has sucked.

Good news is the open rate and click through’s are high. Labeled as Spam is 0. Unsubscribes are higher than average but given the length of time since some would have signed up… I’m OK enough with it.

You can view it by clicking Minnesota Headhunter Newsletter #2 or below in a simple text format. Want to sign up for it? Of course you do… at the bottom of this post is a sign up box. 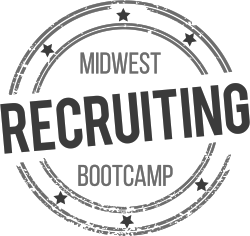 Since announcing the Midwest Recruiting Bootcamp (July 31 and August 1, 2017) online last night and through an email newsletter this morning I have received a large number of supportive messages from friends and colleagues. Those messages are similar with conversations I have had with recruiters, HR leaders, executives and civic leaders in Minneapolis/St Paul and the Midwest over the past months about the need to “amp up” the regions recruiting game.

There’s no doubt there is a need, and demand, for an event like this.

Are there too many Recruiter and HR events in Minneapolis and St Paul?

Let me be more clear… HELL NO.

When a statistic says Minneapolis/St Paul may be 100,000 workers short by 2020 and other cities in the Midwest are struggling to get people to move in the area…

Our region needs to a better job recruiting and that starts with doing a better job teaching Recruiters, HR pros, Hiring Managers how to source, recruit, market, hire, on board and retain workers.

So do I think adding a new event or group to the mix detracts from the others… hell no.

Summer in Minnesota… no other place I rather be.

A bunch of 2017 summer photos at the bottom of the post from the past weeks. Hover over the photos for captions. So far the weather has been a bit varied. We’ve had a few really hot days, currently “below normal” in the 70’sF, a couple of severe storms and a few foggy mornings. Add in a full moon or two.

And this view when I can get some writing done:

A couple of weeks ago The Nerdery announced a staff cut of Designers, QA Engineers, Solution Engineers, Development Managers and Business Development Reps. 21 people (4%) of the team were impacted and a lot of people were speculating on Twitter and LinkedIn about what happened. While The Nerdery posted this press release, they are one of the most transparent companies in the region, but still people were speculating on what was going on:

My take on it was that business and technology change all the time and companies need to be nimble in how they operate.

Kathy Grayson at the Minneapolis St Paul Business Journal had an interview with Tom O’Neil, CEO:

This one quote from the article:

“O'Neill emphasized the job cuts were about eliminating positions, not specific people.”

Look… things change. Customers come and go. Technology changes. How business is done evolves. I think why everyone was “shocked” about the layoff is that it is The Nerdery… a high profile and large group. Give them a break. At least they owned the situation and communicated with everyone.

Sure it sucks to be let go. I get that. Thankfully the Minnesota tech scene is in a good place and very busy. Last I heard most of those let go will be in new roles very soon.

This is another reminder to my friends in the tech space in Minnesota, the Midwest and around the country… while you are in demand you are not immune to these kind of things. You need to be maintaining your career just like everyone else.

These photos are of Scott Burns (@smburns), CEO and Co Founder of Structural, presenting a couple of weeks ago at Big Data Tech 2017. Scott was the CEO and Founder of GovDelivery until its acquisition last year for $135M by Vista Equity Partners and then a merger with Granicus. Scott has been a highly respected leader in our tech company for a long time.

It’s good news that Scott is already working on a new venture and staying in Minnesota. Specifically in St Paul where he has been a long time supporter of the St Paul business and civic community.

Some stories about Structural:

And this video with more info on their focus… nearly every day I hear companies talking about this topic:

There have been a couple of large tech events in Minneapolis the past two weeks. Big Data Tech 2017 was held at Normandale Community College with 1000+ registered and another 500+ on the wait list. This was a MinneAnalytics event and as always a great event to be at. They have the best data analytics events in the Midwest.

I only took a few photos… between being knee deep in content and networking my phone was in my pocket most of the day. Hover over the photo for description:

Open Source North was the next day and while I was out of town and unable to attend followed the Twitter stream #OSN2017. 100’s of developers attended a day long event. I had a number of friends attend and they had high praise for the organizers, speaker and sponsors.

Next up for big tech events will be DevOps Days Minneapolis July 25-26.

Some people say tech slows down in summer… no, not really.

The following have been added to the Minnesota IT Jobs page…

Groups I am working with:

Friends who are hiring: