It might normally be around this time of the year when someone in Minneapolis might say that spring has sprung. Not so much last year as we did not get to see spring until almost June.

This year... we skipped spring (for now) and jumped to June.

The only thing that I have not liked so far has been the rock concert the birds are putting on in my courtyard between 5 am and 6:30 am. I love the birds and the spring they bring with them but dang.. why so early?

Here is one particular crooner. I took this at 8 pm. I love the song. It sounds good at 8 pm.

But I have different feelings for it at 5 am: 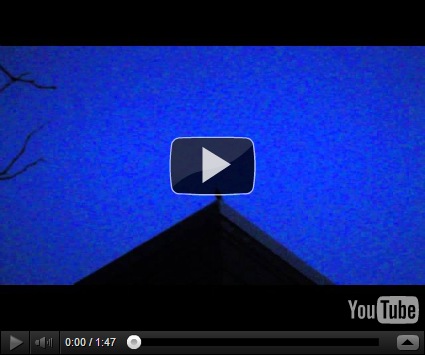 I hope he/she finds whoever it is looking for.

Here are a couple more pics from the courtyard: 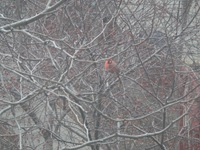 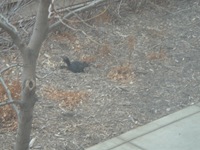 While on a conference call this little dude kept staring at me. I guess he did not have anything better to do: 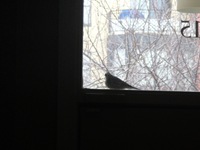 St Paul hosted the WCHA Final Five this weekend with the winner receiving the Broadmoor Trophy. The Gopher men’s team faced our biggest rival Friday night… the North Dakota Fighting Sioux. Or whatever they are called now. (they have issues with their nickname)

After being up 3-0 and thoroughly dominating North Dakota through most of the first 2 periods the Sioux scored before the end of the 2nd period. And then the last five goals of the game too. They won 6-3.

Earlier in the evening the #2 Gophers women’s team beat #3 Cornell 3-1 in the NCAA Frozen Four.

Today the ladies play the #1 Wisconsin Badgers at 3 pm (MSP time) for the championship. C’mon ladies… bring it home. “Better Dead Than Red”

I prefer Championship Week to the Big Dance. I like watching the “small school” championship games when only one team from the conference will get in. Those games are the best.

I then move on to March Madness where for the 3rd year in a row year I chose not to fill a bracket.

My competitive side would get the best of me and I would spend hours (lots and lots of hours) analyzing the brackets. And I would usually do well but it was not any fun.

Now I cheer for every year lower seed hoping that a few Cinderella’s Underdog’s emerge. Day 1 was not so good with most of the favored teams winning. Day 2 was much better with 2 #15 seeds winning on the same day.

I will write about them tomorrow after the Sweet Sixteen is set.

Links (a sample of many I did not post):