After days off of writing Minnesota Morning I am back. The optimism and freshness of a new year were interrupted last week with health and life issues with those around me. Thankfully everyone is on a road to recovery of some sort.

Funny though how fast the enthusiasm of a “new year” can change in a moment.

I said that to one of my friends who was waiting on a test result and he said, “Dude, just because these first days have been rocky does not signal how the new year will be. It’s life, stuff happens anytime of the year. Who won the football game?”

And just like that things were back to normal...

Friday I wrote Is Best Buy In Trouble? and I received a number of DM’s on Twitter and email. Response was about 70-30 in support of the company and about 40/60 in support of senior management.

So far I do not see/hear any mass exodus from Best Buy but I do think there are some turbulent waters.

Since my post there is this article from the Minneapolis Star/Tribune What analysts are saying: Best Buy a good buy? and this from Forbes How Best Buy Can Wake Up And Whip Amazon.

And this from Larry Downes at Forbes as a follow up to his article that started all of this The People vs. Best Buy, Round Two

Last week was jobs report week with numbers that were better than most predicted and I will write a recap of that tonight.

Also last week we had other reports:

Factory Orders: better than last month but did not meet the consensus

ISM Services: better than last month but did not meet the consensus

Big picture: the U.S. economy continues to move forward at a slow pace.

Tonight ends the 2011 college football season (always a sad time for me) with a game that I am conflicted about.

I have been an Alabama Crimson Tide fan for years but I do not believe they belong there. They did not want the SEC. If I had it my way the Oklahoma State Cowboys would have been playing tonight.

I have been consistent with this as we almost had this issue a few years ago with Michigan and Ohio State. I just don’t think a #2 in a conference, or in this case a #3, should play for being #1 in the country.

I am picking the LSU Tigers to win. Not because of what I just said but because I think they are the better team. I am a SEC fan (much to the frustration of my Big Ten friends) so I guess I win either way.

My bowl picking record took a big hit this past week. I picked correctly with Arkansas and Northern Illinois but missed in not picking Michigan, West Virginia and SMU.

That brings my bowl season record to 28-6.

Which gets me to tonight prediction of LSU to beat Alabama in the BCS Championship game.

Quick side note… interested in how this is big business? Check out this article BCS National Championship Game: LSU and Alabama ride money train to title matchup on the profits some college football programs are making. 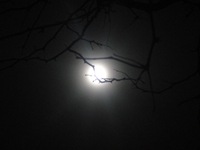 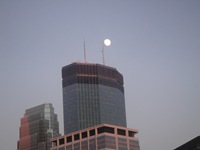