A couple of weeks ago the San Francisco Federal Reserve released an Economic Letter (research paper) titled Extended Unemployment and UI Benefits and the Internet blew up. Not literally but close.

Let me get my personal view out of the way.

I believe that 95%+ of unemployed people want to work and are working hard to find a job. I do believe there are those who have no problem getting a check to stay at home. I base my number on the folks I see, hear from and do job search, LinkedIn and Social Media sessions with/for.

I see that most folks really do want to get back to work.

More than that (and this is me taking a shot at my conservative friends) we are not talking about a lot of money. Minimum wage or so. Do you really think that most people want to stay home for that?

Here are a couple of graphs from the San Francisco Federal Reserve: 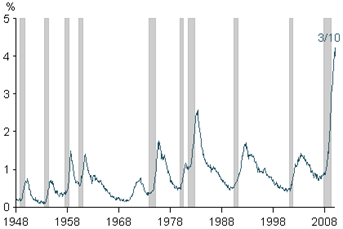 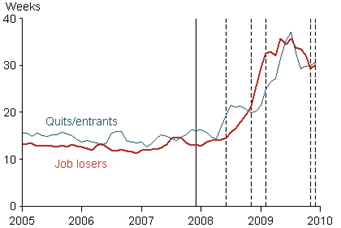 What happens though when this conversation comes up is that emotions run high. Really high.

We have seen it when the bloggers and TV and radio pundits take on the conversation. Here is one of the better conversations I saw:

Here is the conclusion from the San Francisco Federal Reserve:

Although economists have shown that extended availability of UI benefits will increase unemployment duration, the effect in the latest downturn appears quite small compared with other determinants of the unemployment rate. Our analyses suggest that extended UI benefits account for about 0.4 percentage point of the nearly 6 percentage point increase in the national unemployment rate over the past few years. It is not surprising that the disincentive effects of UI would loom small in the midst of the most severe labor market downturn since the Great Depression.

Despite the relatively minor influence of extended UI, it is important to note that the 0.4 percentage point increase in the unemployment rate represents about 600,000 potential workers who could become virtually unemployable if their reliance on UI benefits were to continue indefinitely. This in turn would raise the minimum attainable unemployment rate by a similar amount, a problem that has been noted as an outcome of the generous UI systems in some advanced European countries. Given the experience with the elimination of extended UI benefits during previous U.S. economic recoveries, a permanent increase in the U.S. unemployment rate is unlikely.