Sometimes the day does not allow a blog post let alone write about things on my mind or I hear about like economic, political, local news (sports too).

With Twitter, you at least get some of the flavor, a flash moment during the day, of what I am thinking about. You can follow during the day or see the digest below. 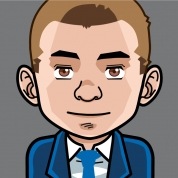