While I have had many requests to post some pictures of the fallen bridge up until now I had decided not to. I did not feel comfortable taking any and so many of them seemed to be the same that have been posted else where I decided against it.

Yesterday in one of those six degrees of separation moments, this one turns out to be three, I received an email from a friend to a link with some of the photos below.

I worked back through the email string to find the person who took them. With his permission I am posting the pictures he took that night.

Ross Antonio Chavez is an Emergency First Responder and was in the third ambulance to respond to the scene. He had crossed the bridge about an hour before the collapse. From my understanding he was part of the triage area and helping those that were in desperate need of assistance. He is one of the many heroes we have not yet heard about.

Ross was on the north side of the bridge collapse. The north side is near the University of Minnesota and Marcy-Holmes neighborhood.

As if my respect for the police, fire, emergency could get any higher the work they did on Wednesday, the risk they put themselves in, they are truly amazing people. We are very fortunate and lucky to have them serving our community.

These pictures cannot be posted, disseminated, or otherwise used without his permission: 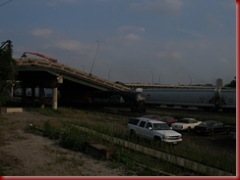 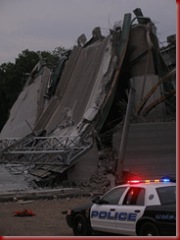 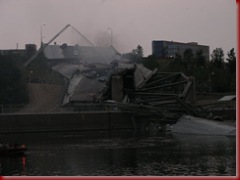 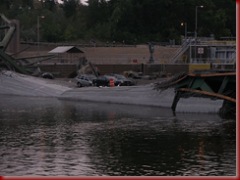 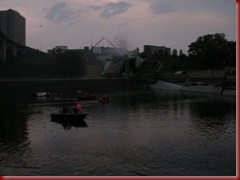 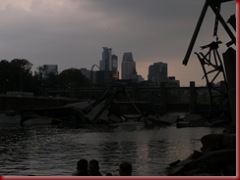 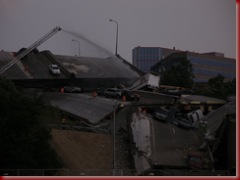 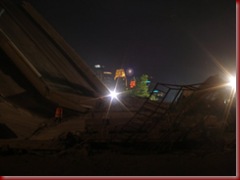 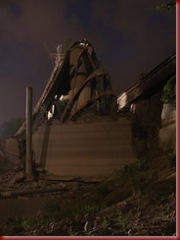 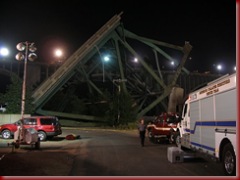 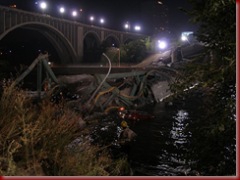 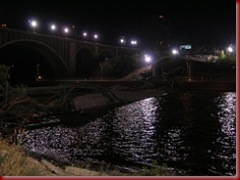 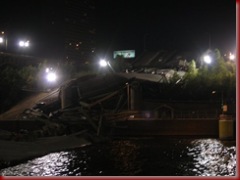